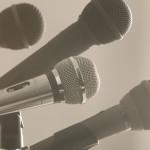 We just received this alert and wanted to re-post it for any businesses who may wish to participate.  The Chamber has not taken a stance on this issue, but always wishes to provide Education and Awareness on issues that face our business climate.  Feel free to contact the meeting organizers as listed below.
News Release
Oregon Liquor Control Commission
9079 SE McLoughlin Blvd., Portland, OR 97222-7355
1-800-452-6522