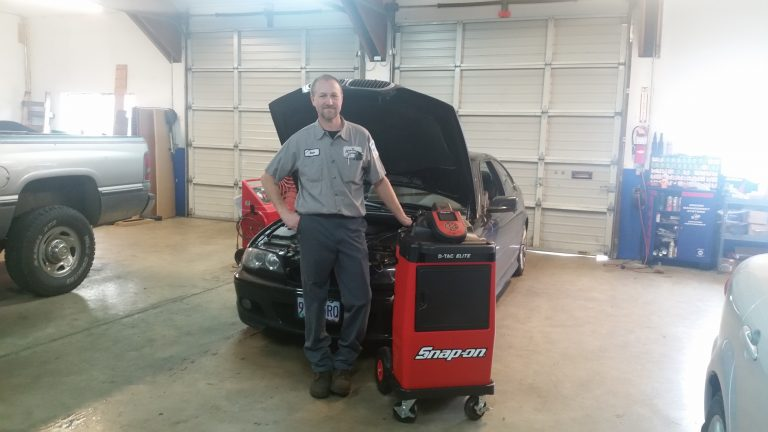 If It’s Broken, We’ll Fix It

Shilo Couch grew up riding dirt bikes and started rebuilding their engines with his father and older brother when he was just 12 years old. His father, who owned a gas station in Carlton at the time, was always tinkering with and fixing up vehicles for friends and family and would teach Couch how to work on vehicles with him. Couch’s older brother opened an automotive shop after high school and inspired Couch to follow in his family’s footsteps.

After graduating high school, he attended Universal Technical Institute in Arizona, where he studied automotive repair and received his Associates Degree in Automotive Technology. Later in 2001, he went on to become Automotive Service Excellence (ASE) Master Certified.

The Importance of Being Family-Owned

Couch enjoys the satisfaction of being able to help customers by fixing their broken vehicles and watching them leave with a smile. He will never pressure a customer into purchasing anything they don’t need and is fair with pricing.

“I want to see customers drive off in a safe vehicle and I’ll always be honest. I don’t give up on vehicles just because there is a tough problem,” Couch says. He also enjoys creating relationships and making connections with his customers because Accu-Tech is a small business.

“I like to know my customers on a personal level and treat them like family,” he says.

Couch strongly believes in the importance of family owned and operated businesses.

“Small businesses are like families, we help each other out and are a great source of referrals for one another,” he says.

He enjoys the events that McMinnville has because he says it creates a sense of a close-knit community. “Events like the Lemonade Day and Turkey Rama bring people together, and I think that is important,” Couch says.

He notes that it is events like these that will help the McMinnville community grow stronger and continue to support small businesses in the future.