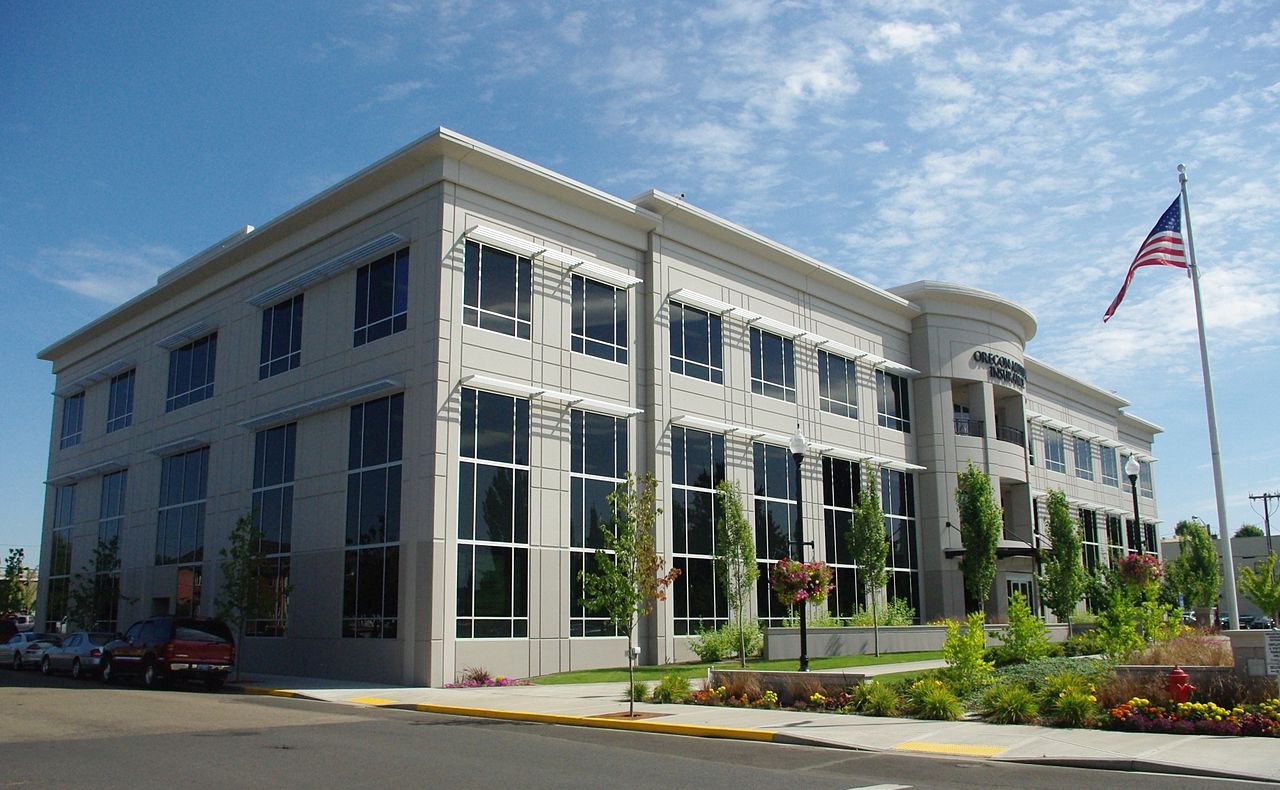 OMI Mission: To recognize the needs of our customers, to encourage that they get knowledgeable assistance in their purchase of insurance and to provide them with quality and affordable insurance that allows them to face the risks of their everyday lives and business pursuits.

While we tend to think of the recent Great Recession of 2008-9, or the Great Depression of the 1930’s, the year OMI was founded, the country was dealing with the Depression of 1893 in which wheat prices collapsed, stocks declined 500 banks closed, 15,000 businesses failed, farms failed, and unemployment was 25%. This affected McMinnville as well and the Yamhill County Farming Community was deeply affected, Farmers and Businessmen alike could not pay their bills. A local merchant, J. Frank Martin, a hardware store owner was facing the dim prospects in his business due to the depression’s effect on his primary customers, farmers. Martin survived due to a small source of extra income. That income came from his part-time work as an agent for a stock-based fire insurance company. Martin struggled with his position as an agent for the stock company during the hard times of his friends and neighbors. He was concerned how to counsel his customers on the amounts of insurance they should buy to protect themselves but not be over-insured, creating a potential “moral hazard” during desperate economic times. This concern was not what his employer wanted, they wanted him to sell as much as possible. The pressure to sell higher limits caused Martin to resign and he joined the ranks of the unemployed.

Charles Grissen was a local prominent citizen and mayor who had helped build much in the city and the surrounding community had been interested in the idea of creating an insurance company owned by policyholders. Grissen felt the large stock companies had been charging his businesses excessive premiums for years. Learning that Frank Martin was available, Grissen contacted him to share his idea and gage Martin’s interest in the creation of a Mutual Insurance Company. The collaborators took their plan to local attorney O.H. Irvine who drew up the legal organizational papers and later accepted an offer to become the first President of the Oregon Fire Relief Association (OFRA). Martin would be elected Treasurer and Grissen Secretary after the original document founding the company was signed May 10, 1894 by 34 area citizens and business owners. The company was incorporated in late October of 1894 and started operations December 29 of the same year.

The Oregon Fire Relief Association had its own first office building on the corner of 3rd and Cowls in what is now the 1894 building, currently “The Bitter Monk” craft brewery. At the time the building was the First National Bank and the OFRA bought the building for $7,500. At the time of the move, the company only sold fire protection. In 1905, the company moved into that building. Between 1895 and 1913 the insurance written by the company grew from $147,709 in covered property to $40,445,223. 1913 was also the year OFRA expanded to the state of California with agencies in Santa Rosa and Los Angeles. When WWI broke out and eventually involved the United States, OFRA supported the War effort with the purchase of $20,000 of Liberty Bonds. In 1922 the company erected its home office building on the corner of 4th and Davis at a cost of $63,309.72.

After legislation allowed Mutual Companies to write lines of insurance outside of fire insurance, the Oregon Fire Relief Association entered the private passenger automobile market in 1923. The succeeding years saw the company enter Idaho in 1925 and Washington in 1926. Despite selling automobile insurance, the first name changes of the company in 1930 was from the Oregon Fire Relief Association to the Oregon Mutual Fire Insurance Company. Oregon Mutual survived the depression of the 30’s. By 1938 the company had attained over 100,000 members with assets of $1.6 million.

After the Bombing of Pearl harbor and the US entry into WWII, a number of Oregon Mutual employees joined the service, including Goldie Hulett who served in the Waves (Women Accepted for Volunteer Service) in Washington D.C. The Board of Directors approved extra week’s pay and guaranteed employment upon their return in order to show support for the war effort. By 1944 Oregon Mutual was the largest Fire Insurance organization in Oregon and the second leading fire insurance underwriter on the Pacific Coast. In 1955 Oregon Mutual changed its charter to allow it to offer liability insurance and with it eventually came the name change that has persisted up and including the present, Oregon Mutual Insurance Company.

Through two World Wars, the Great Depression, Astoria fire of 1922, challenges and natural disasters to come, including the 1959 Roseberg downtown explosion, the 1962 Columbus Day Storm, Oakland Hills Fire, Northridge Earthquake, Oregon Mutual has responded, fulfilling the promises it has made to its policyholders from 1994 to the present.

Continuing to be Local

In its history, Oregon Mutual has always been known for personal fast, fair and professional claims services. Because OMI sells only through independent agents, most direct policyholder contact is after a loss. That is where the company, teamed with an independent agent can really shine with empathy and by good and proactive communication, supported by a commitment to pay what is owed under the policy. From its founding as a company trying to do the right thing for the Yamhill County farm and business community to a company with business in 4 states and $140 million in premium, Oregon Mutual has stayed rooted in the legacy of the mutual company our ancestors founded, guided by values that include Independence, Integrity, Innovation, Citizenship and Respect.

It starts with our people. Our people have always been special and caring and we try to be the type of company that provides the kind of insurance we want. We will rarely be the cheapest because we try to emphasize best in class coverages. In 2017 alone, we have been named the #1 Oregon Insurer in Oregon and #6 in the nation when it comes to taking care of customers by a leading consumer advocate. Many of our national competitors have withdrawn to large metropolitan areas with claims call centers and virtual claims teams with impersonal service. OMI still wants to be a local company of personal service and attention. OMI consistently rates among the best in its states for fewest complaints.

OMI stands out from its competitors as they don’t know our local residents like we do as we are local residents. We are a mutual company, owned by our policyholders and grounded in the idea that our service is to them and not to shareholders. We are able to act and react to the changes and challenges in our community. We are located and involved in our local community. We serve all of our states with a workforce that is primarily located in McMinnville and surrounding areas. We only sell through local insurance agents and we support the local economy in our purchases and employment.

OMI employees are from McMinnville and all surrounding communities. We provide approximately 200 living wage jobs with benefits and our employees are taxpayers, property taxpayers, shoppers and participants in the functions of our town, serving as volunteer firefighters, search and rescue, numerous boards and organizations. OMI gives all employees a paid day every year to volunteer in the community. In addition, our Community Caring program matches the charitable giving of our employees to charities selected by them and implemented through payroll deductions. We support organizations that align with our mission of protecting people and property as well as some historically significant causes that have been a part of our history.

As an anchor business in the downtown, our presence not only helps many downtown local shops and restaurants through the business of our employees but catering, business meals and events all support the community. And of course, we support our Chamber of Commerce with our membership, our parking lot for the Turkey Rama Carnival and our participation and leadership. Primarily the Chamber has helped the company by standing up for businesses and providing a forum for the business community to discuss and take positions on community and business issues. We have found the Chamber an honest broker among the various interests of the business community.

The Community of McMinnville is so special by its ability to grow and adapt without changing the feeling of a small community. Adapting to changing needs and opportunities and a community of businesses that look out for the unique and special characteristics of this community. We are blessed with a history of civic leaders that have helped us maintain an excellent quality of life” says Steve Patterson. We love our home office community and look forward to another 123 years of service to the men and women of Yamhill County and beyond.