Absence makes the heart grow fonder and experiencing a little life over the fence really does help me appreciate how green the grass is right here.  Those were two thoughts that resonated with me after I returned from my recent trip to China and reflected on the experience and the people I had just met.

The 10-day excursion to the most populous country in the world (roughly 1.4 billion people now) was my first trip to China and my first trip internationally outside of the North American continent.  This trip gave me a great perspective for my role at the Chamber of Commerce, but also deepened my appreciation for my quality of life in the United States.

So why China? Why is the Chamber supporting a trip to this country which is seen as competitive, growing, and still third-world?  Let me answer those questions by starting with some facts:

With all these stories and figures swirling around in my head as I anticipated the coming travels I could not help but think that another major cultural clash must be about to boil and the steam is rising in Hong Kong.  Primarily though I wanted to see what our greatest competitor on the world stage looked like up close.

The experience greatly surpassed my expectation for this trip.  What I witnessed and heard from the people was eye opening.  It is communist/socialist country where the people cannot own land, their education is controlled by numbers, and their very livelihood can be gone in a moment’s notice if the government wants to take it away for something else.  I expected the people I met to be frustrated by that, and maybe they are, but they did not show it.  In my naivety, I did not expect so many to be pro-China.

What I found were people happy, loving, and welcoming.  They work hard in the jobs that they have, and then work harder to better their family station.  Even though it is a communist country, capitalism is working beneath the surface.  The tour guides would talk about their jobs, then finding another way to make money through brokering goods or buying low and selling high.  My co-traveler and CEO of the Salem Chamber, Jason, said it perfectly: “When China opened their doors to the world roughly 30 years ago, they created an environment of capitalism on top of a communist infrastructure.  I have been referring to this phenomenon as ‘sprinklings’ of capitalism over a government controlled society.”

As our societies continue to come together and collide in different ways I believe there will be a point when the Chinese people will demand the rights and privileges we take for granted in the United States.  As illustrated in the protests in Hong Kong, the time is coming and the government will respond again, but which way will the response go?

I highly encourage you to consider the trip in October to view this country with your own eyes and take in the culture for yourself.  If you choose to travel with us, you will be in a group from the Mid-Willamette Valley.  This China experience will provide a unique opportunity for Chamber members and the community members from our area to gain newfound perspective of our world and its current state of affairs.  Look for updates from the Chamber about new orientation meetings and other gatherings to answer your questions.  The first such gathering is December 3rd at the Comfort Inn & Suites from 5:30-7:30pm.  The CEO of the tour company, Leo, will be there with me to explain the trip and answer your questions.

I look forward to traveling with you in October to visit the highly populated, and still mysterious, land of China. 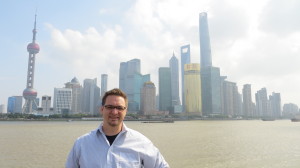 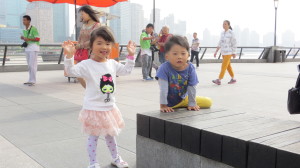 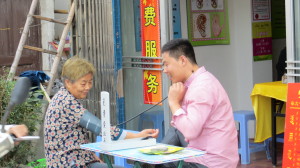 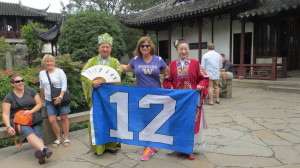